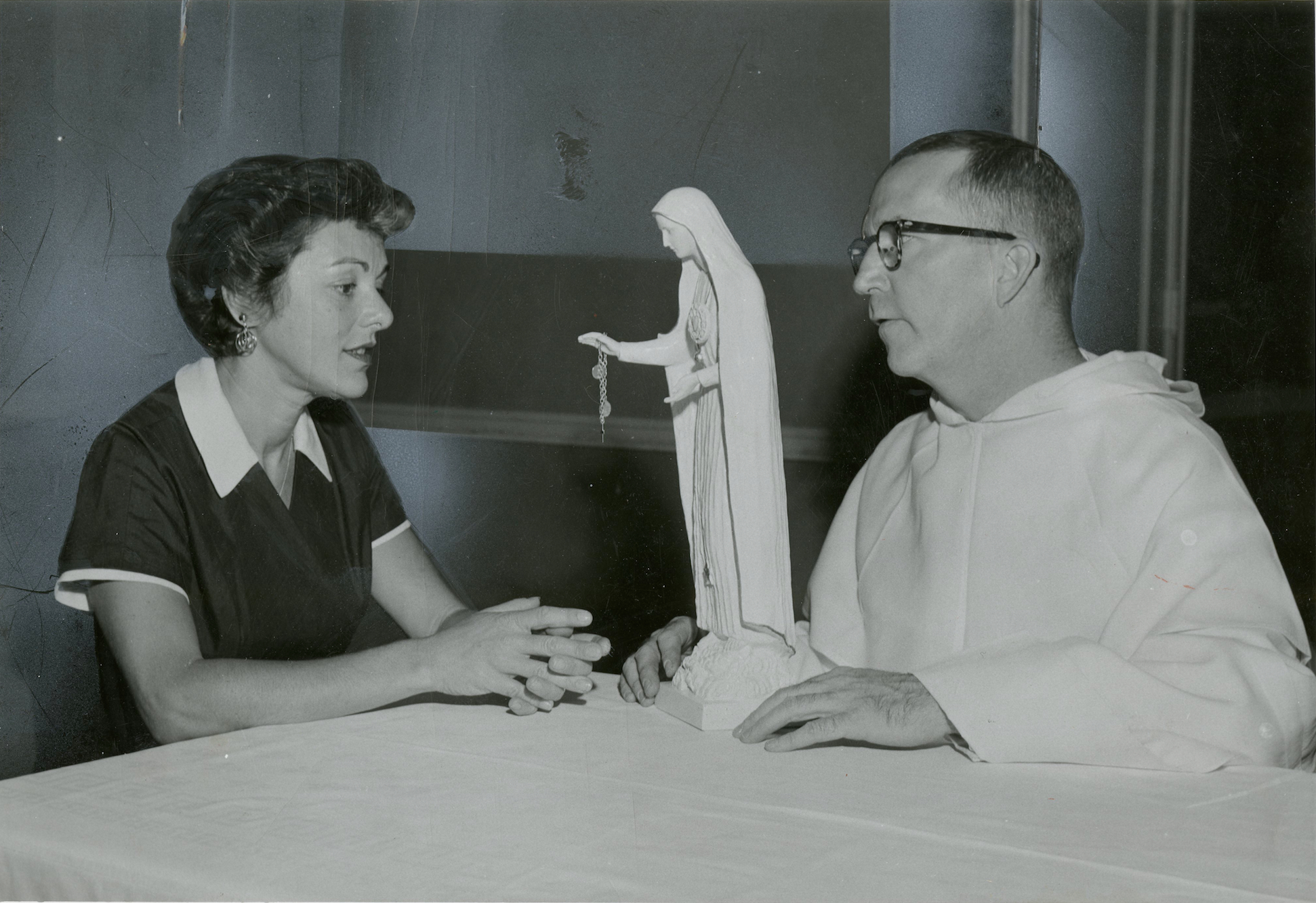 Fatima has been present in my imagination for nearly as long as I can remember.  I grew up in Albany, N.Y. in the 1980s. Albany is the place where Fr. Patrick Peyton C.S.C began his apostolate of the Family Rosary Crusade. He had two great sayings: “The family that prays together stays together” and “A world at prayer is a world at peace”. That prayer is the rosary.  In my neighborhood, there was a woman of faith, Mrs. Giminiani, who promoted the message of Fatima and encouraged others to pray the rosary for conversion.

Last year I found an out-of-print book on Marian apparitions, which referenced a rare book entitled Vision of Fatima by our own Fr. Thomas McGlynn, O.P., I called the Dominican House of Studies librarian, Fr. John Martin Ruiz, O.P., to track down a copy of McGlynn’s book on Fatima, I also asked him to read it. We both read the book with delight: therein McGlynn recounts his encounter with and privileged access to the last surviving visionary, Sr. Lucia, and how she gave direction as he sculpted Our Lady of Fatima.  His statue stands, centered, above the entrance to the basilica at Fatima, where it is seen by hundreds of thousands of pilgrims every year. The book Vision of Fatima is more than an enjoyable travelogue, Fr. McGlynn reminds us that Fatima, like Cana, is a place of miracles. He also points us to the penitential character of Mary’s message. Penance seeks justice and communion with Jesus crucified. The prayer of the rosary is a prayer whereby we grow in the virtues of Mary’s contemplative heart. Fatima has long been a motivator to prayer, Fr. McGlynn’s work aids this motivation. His book is again a gift to Our Lady of Fatima in this centennial year of the apparitions.

Vision of Fatima will be published in April by Sophia Institute Press. Click the book cover to preorder: