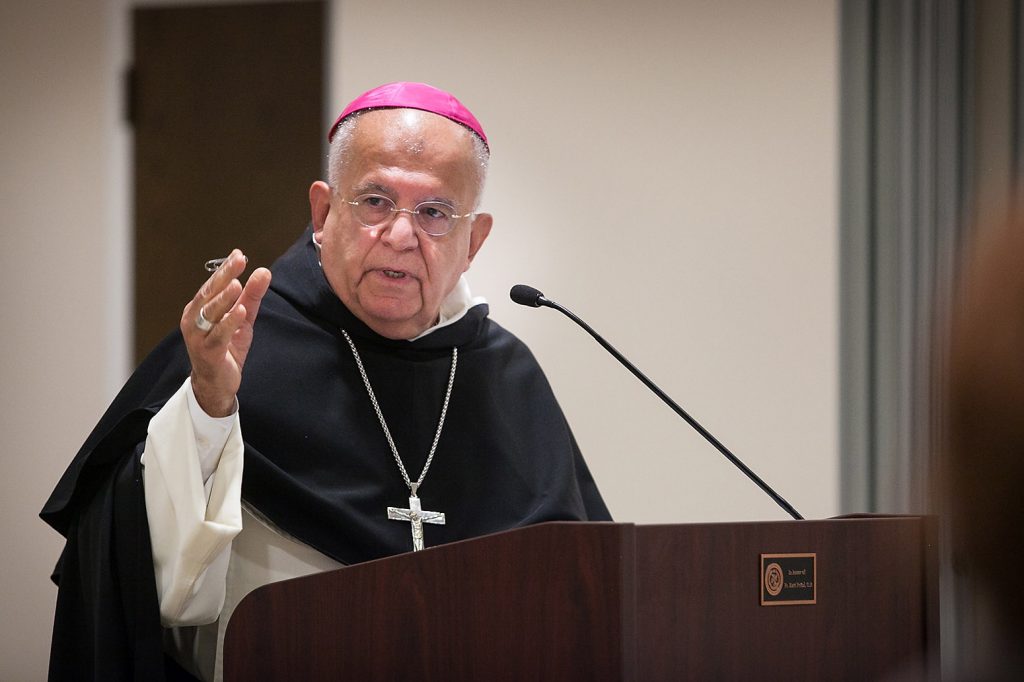 The following excerpt is from the Pope Saint John Paul II lecture given by Archbishop J. Augustine Di Noia, O.P. at the Dominican House of Studies in Washington, D.C.

No force on earth—neither the Nazis nor the communists, neither the secular general public nor the lukewarm Catholics, not even the criticism of dissident theologians—could deflect Pope John Paul II from the endeavor to rescue and express humanism in its properly Christian form.

Critical for this new Christian humanism was Pope John Paul’s reaffirmation of the harmony of reason and faith—and the capacity of reason to reach the truth. He also wanted to address the erosion of the moral consensus that he saw as essential for the survival of free, democratic societies. This was a pope who had experience the struggle to live internally free in societies where external freedom was impossible, a man who believed firmly in the possibilities and the potential of democratic society for preserving the dignity of the human person, but was disturbed that, at the end of the twentieth century, the erosion of the moral consensus fundamental to a free societies survival threatened to undermine these societies.

Pope John Paul offered a penetrating analysis of what he famously termed, the culture of death, and it’s modern philosophical premises. He argued forcefully that, contrary to what some philosophers have thought, the experience of the 20th century demonstrated that the eclipse of God conceals a terrible threat to human existence. When human beings stop seeing life as a gift from God, they see it as something over which they have authority and control. And then, my friends, as history shows, they are in the gravest danger.