Support The Dominican Community In Ukraine 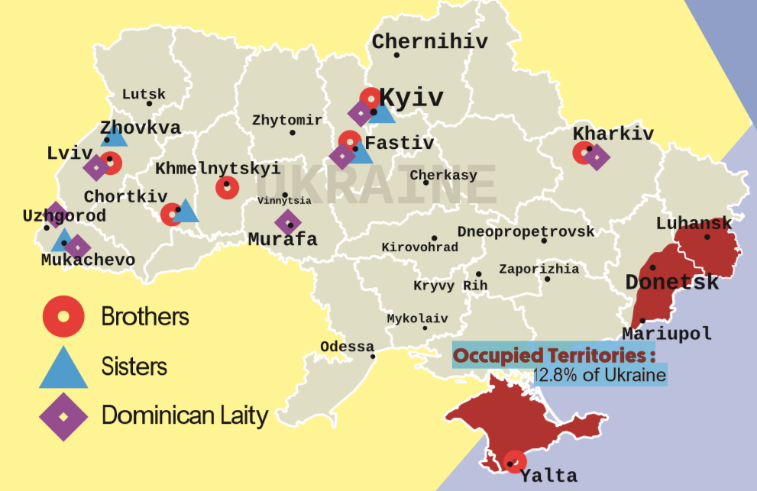 Our Dominican brothers in the Vicariate of St. Michael the Archangel live and serve the Lord and His Church in Ukraine.
They serve as parish priests, administer the St. Thomas Aquinas Institute of Catholic Theology in Kyiv, and run student chaplaincies and an orphanage.

Their ministries and lives are now in jeopardy. 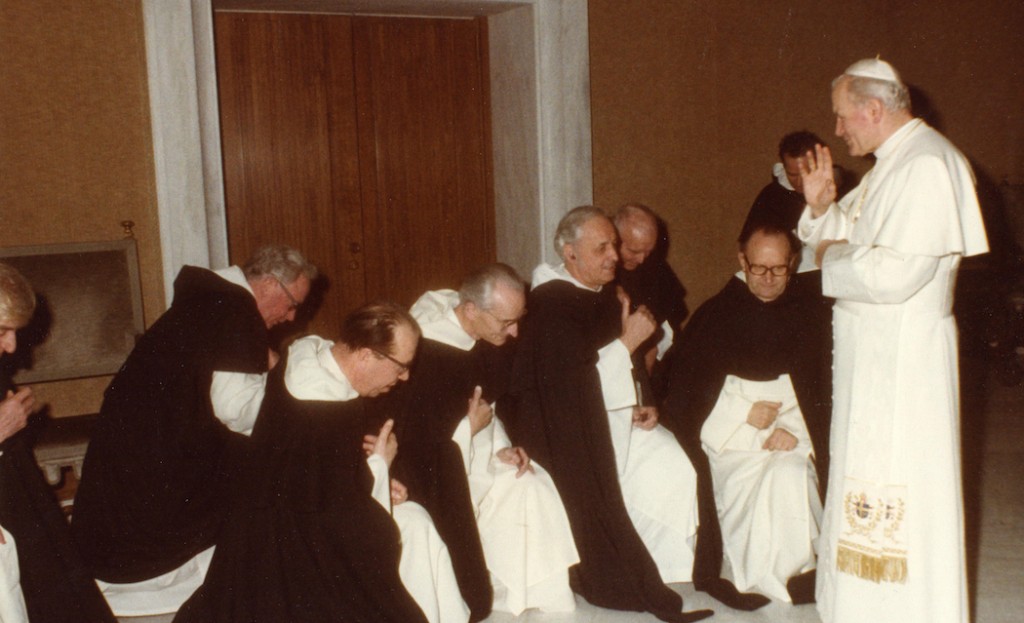 St. John Paul, seen here offering a blessing to Dominican Friars of the Eastern European Province. Pray for peace in those lands.

The Dominican presence in Ukraine dates back to the early thirteenth century, when the first Dominicans arrived in Kyiv. Following the Second World War, Dominicans were expelled or executed.

During the Soviet period, a few Polish Dominicans arrived secretly to serve the people, who desperately needed pastoral care. Beginning in 1993, our Order officially returned to Ukraine, and then also to Russia, and the General Vicariate of St. Michael the Archangel was formed under the Polish Dominican Province. 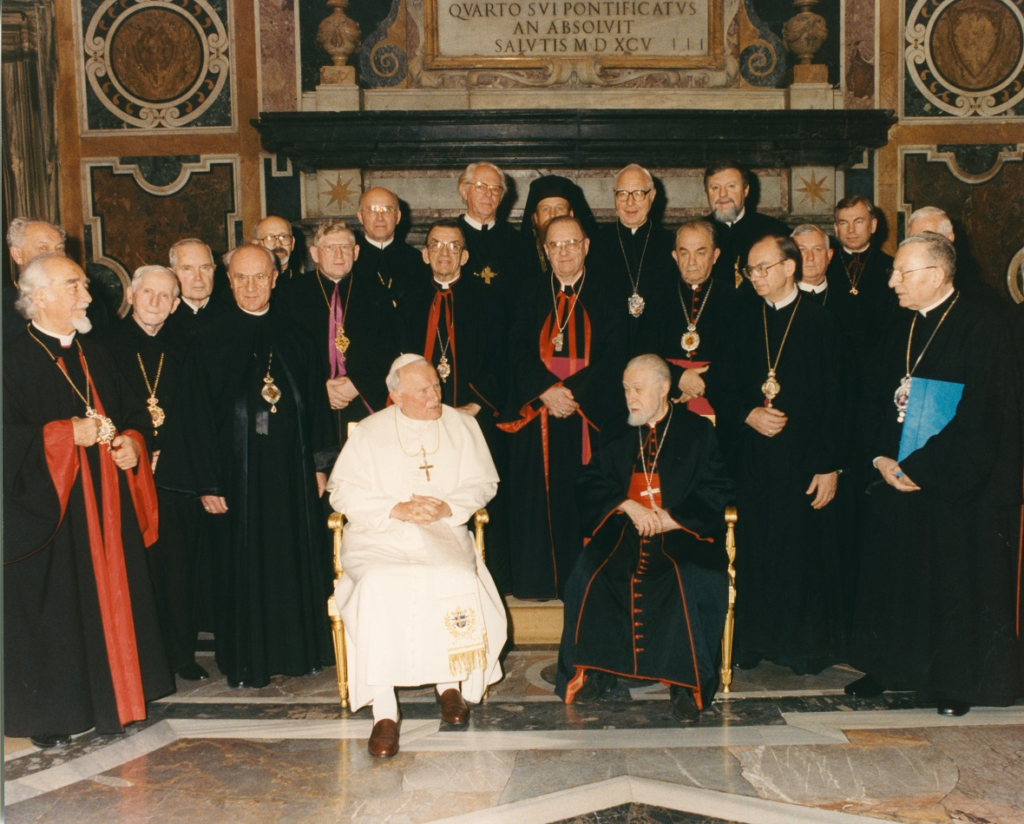 Today, there are six Dominican residences in Ukraine. Their presence as well as the spiritual and physical well being of those they serve is in danger.

You can donate to the Saint John Paul II Society using the form below and we will pass your gift along to the Dominican Friars and Sisters in our communities in Ukraine.

Thank you for helping us continue our Dominican ministry in this climate of conflict.