The Former Satanist Who Became a Saint 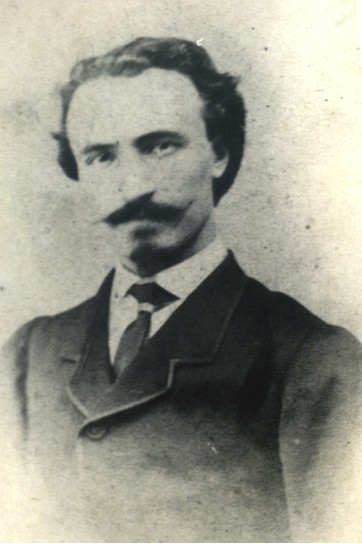 Bartolo Longo was born to a devout Catholic family near Brindisi, in southern Italy. He was a brilliant, though mischievous kid, who began to lose his way at the age of ten after his mother died. His adolescence was a time of great upheaval in his country, when Garabaldi was seeking to eliminate the papal city states and unite Italy. By the time Bartolo entered the University of Naples law school, many of his professors were ex-priests preaching nationalist venom against the Church. He was quickly caught up in their fervor. “I, too, grew to hate monks, priests and the Pope,” he would later write, “and in particular [I detested] the Dominicans, the most formidable, furious opponents of those great modern professors, proclaimed by the university the sons of progress, the defenders of science, the champions of every sort of freedom.”

In his confusion and emptiness, without God to turn to, he began to visit some of Naples’ infamous mediums. That was his introduction into the occult. Soon, his thirst for the supernatural led him into outright Satanism, where after a period of intense study and such rigorous fasting that he was reduced to skin and bones, he was consecrated a satanic priest and promised his soul to a demon. For the next year, he began to preside over satanic services and to preach more boldly and blasphemously against God and the Church — treating them, in a diabolical reversal, as the real evils.

His family back home tried to talk him out of the path he had chosen, to no avail. They began to pray and to ask for help from whoever might lend a hand. Professor Vincenzo Pepe, a solidly Catholic professor at the university, responded. He began to meet with Bartolo, accosting him, “Do you want to die in an insane asylum and be damned forever?” Bartolo couldn’t ignore the psychological and physiological state he was in. Professor Pepe eventually convinced him to see a Dominican priest, who after three weeks of lengthy conversations, on the feast of the Sacred Heart in 1865, was able to welcome him back into the Church and give him absolution.

To keep an eye on him, Professor Pepe allowed Bartolo to move in with him and started to surround him with faithful and dedicated Catholics. Each day for two years, as a voluntarily-imposed penance, Bartolo worked in the Neapolitan Hospital for Incurables. He prayed. He became a third-order Dominican. He made a promise of celibacy to serve God with an undivided heart. He sought to do reparation for his scandal by returning to his Satanist hangouts, holding up the Rosary and publicly renouncing his former ways.

But he still despaired. He couldn’t forgive himself or see how God could ever forgive him. One day, while fulfilling some legal business in Pompeii for his client Countess Mariana di Fusco, and seeing how great was the people’s poverty, ignorance, moral corruption, and dependence on witchcraft, God helped him to see both how he could be saved and how he could spend his life saving others.

“One day in the fields around Pompeii,” he wrote, “I recalled my former condition as a priest of Satan… I thought that perhaps as the priesthood of Christ is for eternity, so also the priesthood of Satan is for eternity. So, despite my repentance, I thought: I am still consecrated to Satan, and I am still his slave and property as he awaits me in Hell. As I pondered over my condition, I experienced a deep sense of despair and almost committed suicide. Then I heard an echo in my ear of the voice of Friar Alberto repeating the words of the Blessed Virgin Mary: ‘One who propagates my Rosary shall be saved.’ Falling to my knees, I exclaimed: ‘If your words are true that he who propagates your Rosary will be saved, I shall reach salvation because I shall not leave this earth without propagating your Rosary.’”

He spent the whole rest of his life, beginning in Pompeii, propagating the Rosary and imitating the mysteries it contained. With the financial support of the Countess, he built Pompeii’s famous Basilica of Our Lady of the Most Holy Rosary, founded elementary schools and orphanages, inaugurated a print shop and technical school to give the children of convicted criminals the chance of a better life. He wrote books on the Rosary, composed novenas and prayer manuals. The former Satanist eventually became a friend of Pope Leo XIII, who had a great devotion to the Rosary. From Pompeii he also began the popular movement that led to the solemn dogmatic proclamation of the Assumption in 1950.

Perhaps his most lasting contribution of all will prove to be the Luminous Mysteries of the Rosary. It was from Blessed Bartolo’s writings that Pope John Paul II found not only the idea of mysteries covering the time of Jesus’ public ministry, but also what the individual mysteries should be and what all five as a whole should be called. When he proposed the new Mysteries of Light in his 2002 encyclical “The Rosary of the Blessed Virgin Mary,” Pope John Paul II didn’t hesitate to show his admiration for this holy man whose conversion and subsequent holy life demonstrate that no matter how far away from the faith one is, there’s always hope. After referring to Blessed Bartolo’s insights throughout his Rosary encyclical, Pope John Paul II concluded by quoting the prayer of the man he beatified in 1980.

This prayer is a fitting way for us to conclude the month of the Rosary and to pray for those who, like Blessed Bartolo once was, are still caught under the bondage of Satanism and the occult:

“O Blessed Rosary of Mary, sweet chain that unites us to God, bond of love that unites us to the angels, tower of salvation against the assaults of Hell, safe port in our universal shipwreck, we will never abandon you. You will be our comfort in the hour of death: yours our final kiss as life ebbs away. And the last word from our lips will be your sweet name, O Queen of the Rosary of Pompei, O dearest Mother, O Refuge of Sinners, O Sovereign Consoler of the Afflicted. May you be everywhere blessed, today and always, on earth and in heaven.”