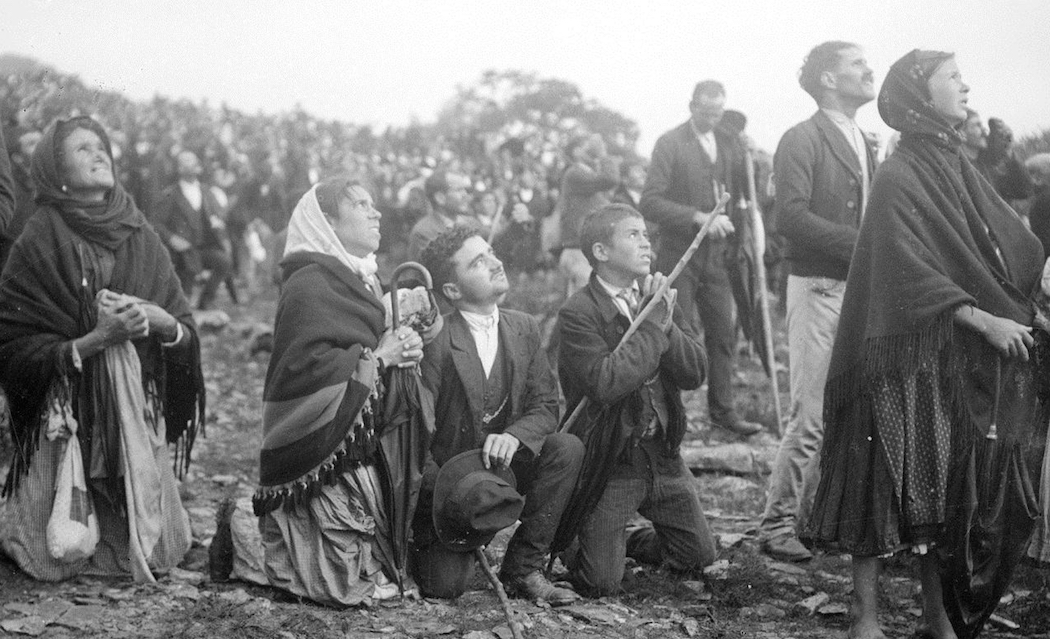 The Message of Fatima

On May 13th, 1917, “a beautiful young lady, clothed in radiant white light”* appeared before three shepherd children in a hollow known as the “Cova da Iria” near the town of Fatima in Portugal. She promised to return to the place on the 13th day of every month until October, when she would tell them “who she was and what she desired.”

At first the children’s reports met with scorn and derision, but on the thirteenth day of each month a crowd grew and people reported seeing atmospheric disturbances during the children’s vision. Finally, on October 13th, before a crowd estimated at 70,000, the torrential rain that had been falling all morning suddenly stopped and the clouds immediately parted, revealing  the sun spinning on its axis and appearing to plummet towards the earth.

People panicked, some running in terror while others made desperate acts of contrition. But the sun returned to its place in the sky, the clouds dissipated and Lucia, the oldest of the three children, related what the woman had told her: She called herself “the Lady of the Rosary” and warned all people to amend their lives, saying “Do not offend Our Lord anymore. He is already much offended.”

“Fatima is, first of all, a dreadful warning to the world to stop sinning,” writes Fr. Thomas McGlynn, O.P. “The enormity of mankind’s rebellion against God and God’s infinite aversion for sin form the foundation of the Fatima message. Then He gives the sinner hope in the revelation that He will accept repentance made through the Immaculate Heart of Mary. Fatima manifests the most misunderstood of the divine attributes – justice and mercy.”