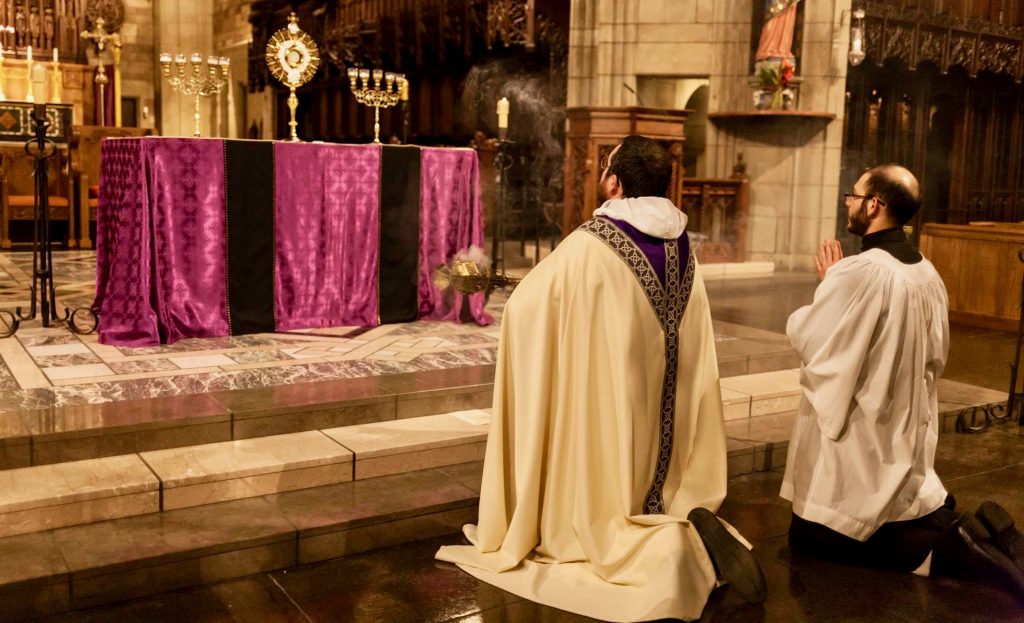 Join the Frassati Fellowship of NYC and the St. John Paul II Society as we prepare for the 100th anniversary of the final Fatima apparition by adoring Jesus Christ and venerating his servants, St. John Paul II and St. Jacinta Marto.

Relics of Fatima visionary St. Jacinta Marto, a piece of the dress she wore during the apparition and a bandage from her final illness, will be presented for veneration together with a relic of St. John Paul II.

One May 13th, 1981, the Feast of Our Lady of Fatima, Pope John Paul II was shot four times in Saint Peter’s Square. One of the bullets missed his heart by inches, but he survived. Considering not only his survival but also his sufferings as providential, the Pope said that “one hand pulled the trigger and another guided the bullet,” and credited Our Lady of Fatima with protecting him from death. He had the bullet that struck closest to his heart hammered into the crown that adorns the statue of Our Lady of Fatima in Portugal.

St. Jacinta Marto, March 11, 1910 – February 20, 1920, was one of the three child visionaries of the Marian apparitions that occurred in the “Cova da Iria” near the town of Fatima in Portugal. Following the apparitions, St. Jacinta embraced a rigorous asceticism in keeping with message of Our Lady of Fatima on making reparations one’s own sins and those of others. A piece of Jacinta’s dress, which she wore during one of the apparitions, was entrusted to the care of the St. John Paul II Society.