The Holy Countrymen of St. John Paul the Great 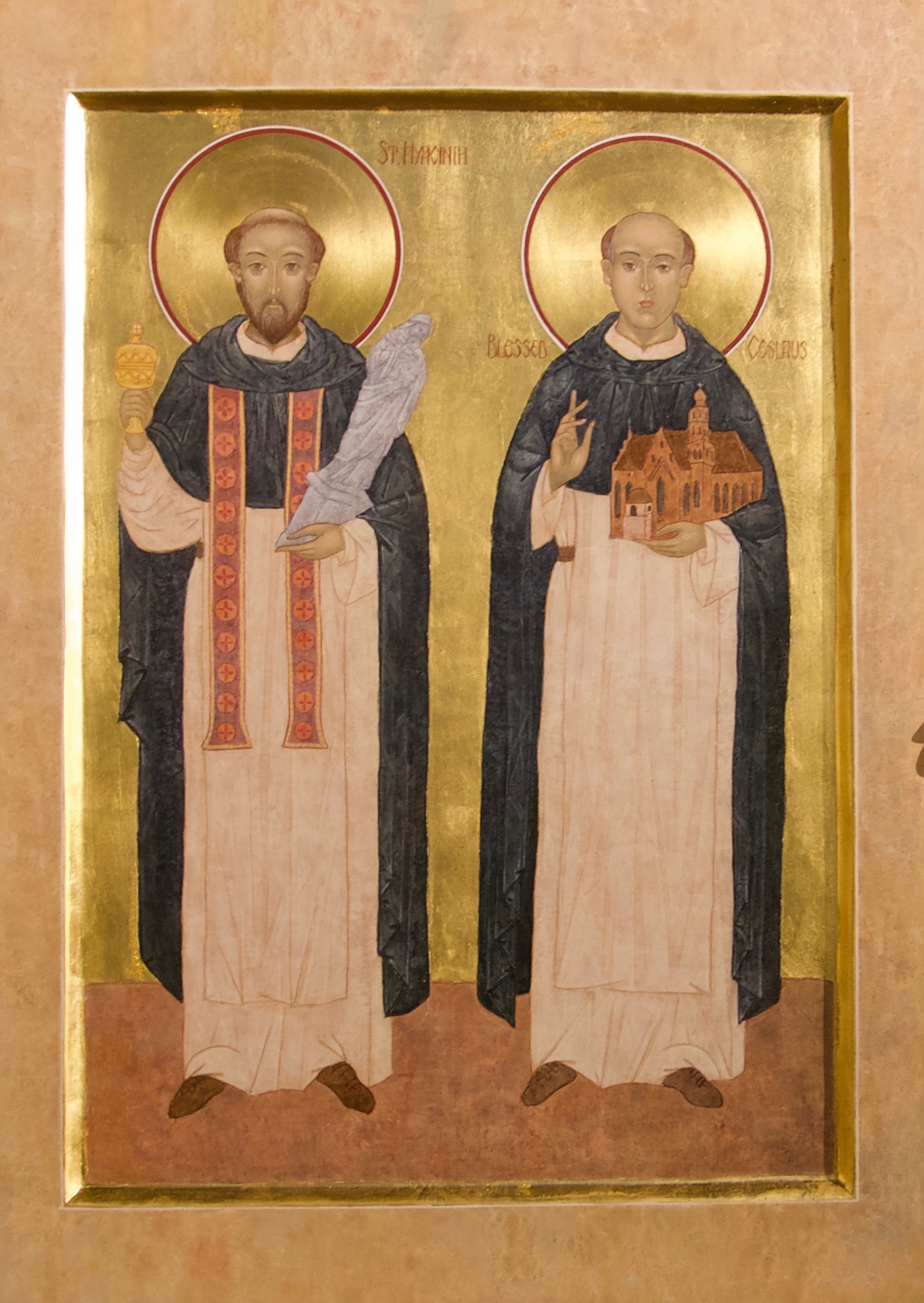 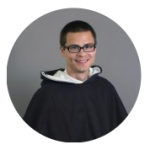 To the right of Our Lady of Fatima at the shrine of the Saint John Paul II Society here in New York, an icon with Saint Hyacinth and Blessed Ceslaus adorns the wall. Who are these men, and how do they relate to St. John Paul II?

It all began with Iwo Odrowaz, an early predecessor of St. John Paul II in the archbishopric of Krakow. He was also the uncle of both St. Hyacinth (1185-1257) and Bl. Ceslaus (1180-1242). St. Hyacinth and Bl. Ceslaus were already priests of Krakow when they traveled with their uncle to Rome for his episcopal ordination in 1218. There they witnessed the miracles of St. Dominic, who had recently established the Order of Preachers. So delighted with him and with his Order, the two men decided to stay with St. Dominic and preach the Gospel for the salvation of souls. St. Hyacinth would be the first to establish the Dominican Order in Poland, where it faithfully continues its holy preaching today.

Their knowledge of the languages of Northern Europe made them perfect missionaries to those countries. By their preaching and by the countless miracles worked through them for the glory of God, many were converted and came to believe in Jesus Christ. Like St. Dominic, and not unlike St. John Paul II, these two men traveled thousands of miles to preach the Gospel. Filled with the power of the Holy Spirit, their witness shone as a light to the nations.

St. Hyacinth is perhaps most famous for one particular event. It happened that one day his convent was attacked by enemies of the Faith. St. Hyacinth immediately went to remove the Blessed Sacrament from the tabernacle, but on his way out of the church, he heard Our Lady speak to him. She wanted him to take her statue with him to protect it from being desecrated, but it was a large and heavy statue! Our Lady, however, made the statue light enough to carry, so with the Blessed Sacrament in one hand and the statue of Mary in the other, St. Hyacinth fled from the convent. For this reason, St. Hyacinth is often depicted with a ciborium and a statue of Mary in his hands. Our Lady would continue to be with and support St. Hyacinth throughout his life. He finally went to heaven on her feast day, the Assumption.

Bl. Ceslaus, although lesser known than his brother Dominican, also deeply loved Our Lady and constantly sought her help. He often preached about Mary and the glories of God’s work in her life. It is said that Mary came to receive his soul at his death. Bl. Ceslaus is depicted carrying a church to recognize his work of establishing churches in many countries.

These two holy Dominicans share a national heritage with St. John Paul II, but, more importantly, they share with him a great love for Mary our Mother. With St. John Paul II, St. Hyacinth and Bl. Ceslaus would undoubtedly say totus tuus, totally yours. These saints teach us that the way to Jesus is through His Mother. So, perhaps now and again, in addition to St. John Paul II’s intercession, we can ask his holy countrymen to deepen our devotion to Mary and thus be led to Jesus.